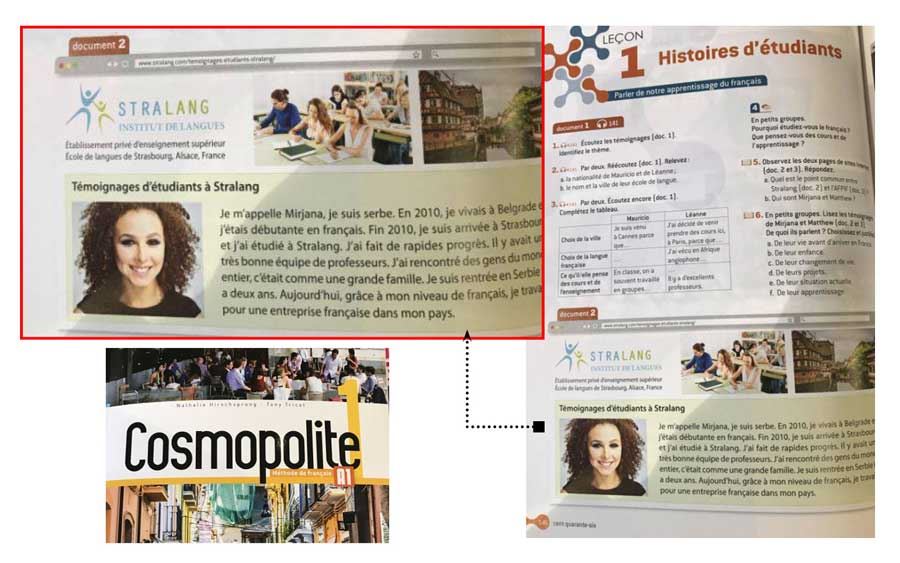 *pun mixing the words FLE and fantastic. FLE is the French term for French as a foreign language.

The French publisher Hachette, created in 1826 by Louis Hachette, is the first editorial group in France today. Last month, they released a new French learning method for beginners named ‘Cosmopolite’. As a higher education establishment, we try to keep informed about the new releases concerning FLE in order to optimise and diversify our teaching methods and content. A few days ago, we had the pleasant surprise to discover that our school appeared in ‘Cosmopolite – A1’. « Finding ourselves in a lesson intended for French language amateurs is very rewarding for us, as a structure offering French as a foreign language courses.

Moreover, we would like to thank Hachette and the authors of the textbook who thought fit to integrate our school in their pedagogical program.

Stralang will keep offering its services in the best way possible and encouraging the learning of French.