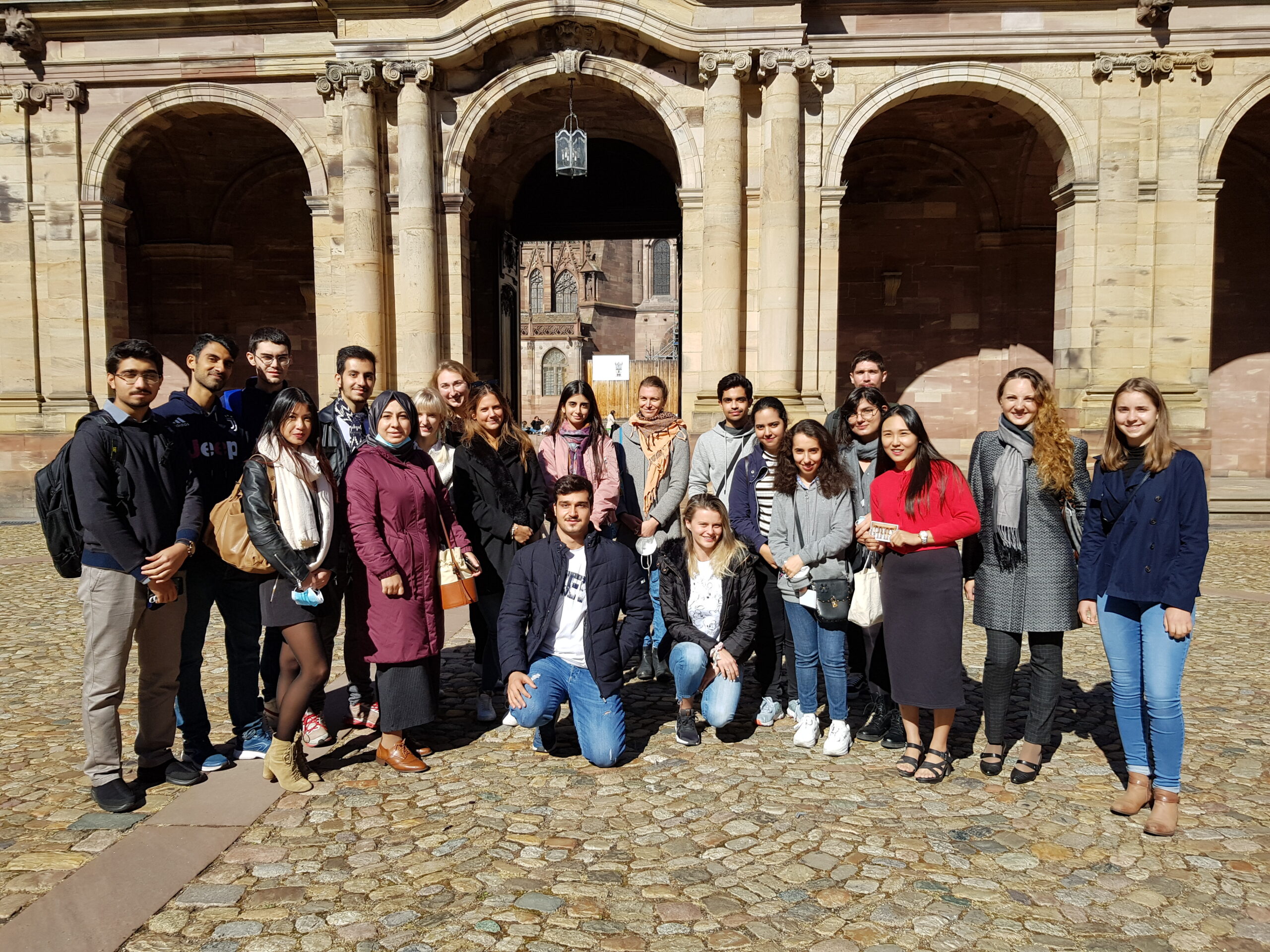 Visit of the Museum of Fine Arts and the Palais Rohan

Visit of the Museum of Fine Arts and the Palais Rohan with our students.

The Rohan Palace in Strasbourg, one of the most beautiful architectural achievements of the 18th century in France, symbolizes the culmination of the meeting between two exceptional personalities, Cardinal Armand Gaston Maximilien de Rohan-Soubise, Prince-Bishop of Strasbourg, and Robert de Cotte, first architect of the king.

As a reminder, on April 3, 2009, on the sidelines of the NATO Strasbourg-Kehl 2009 summit, the first meeting between the President of the French Republic Nicolas Sarkozy and the newly elected US President Barack Obama took place at the Palais Rohan.

Since January 20, 1920, the Palais Rohan has been classified as a historical monument.