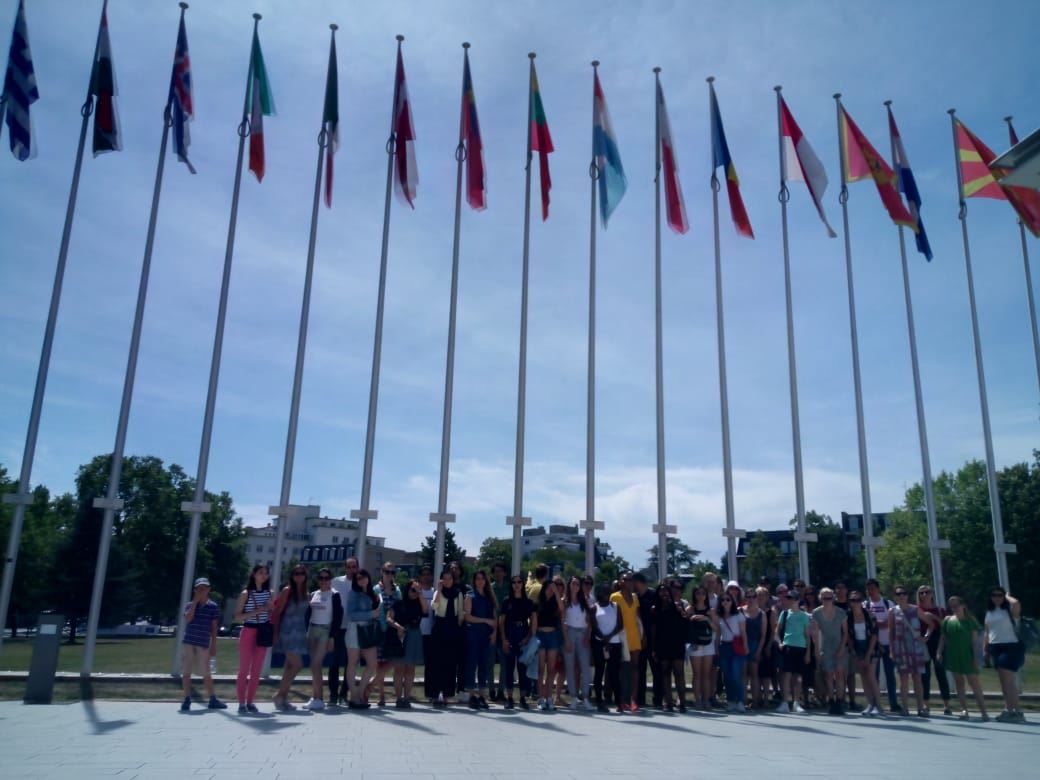 Visit to the Council of Europe in Strasbourg
23 July 2019

Visit to the Council of Europe in Strasbourg with our students.

The Council of Europe is an international organisation whose stated aim is to uphold human rights, democracy and the rule of law in Europe. Founded in 1949, it has 47 member states, covers approximately 820 million people and operates with an annual budget of approximately 500 million euros.