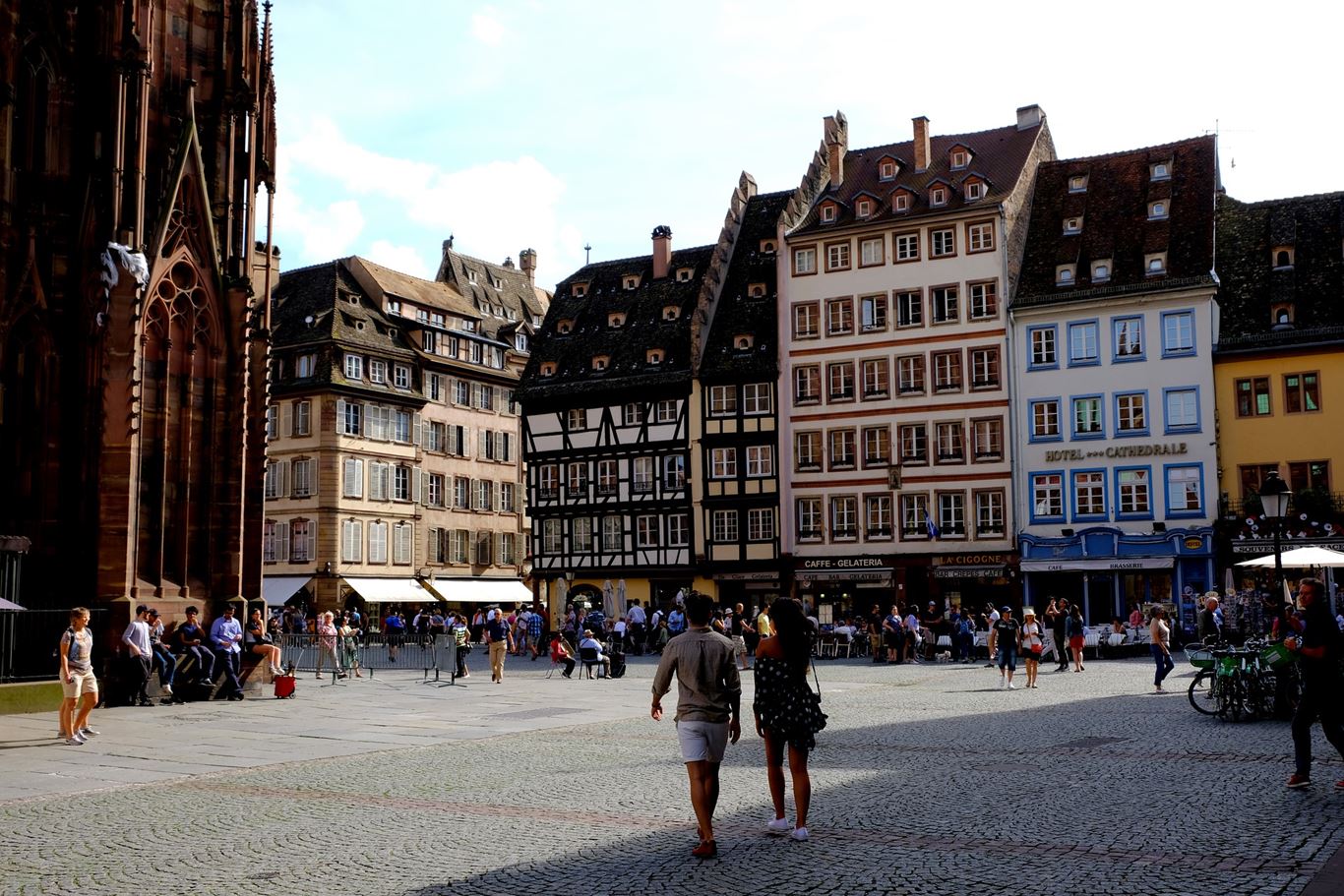 Why you should make your studies in Strasbourg?
4 March 2017

Strasbourg is both an old and young city with true dynamism. This Europeen capital has many advantages to welcome you in the best way. Choosing to study in Strasbourg means opting for the cohabitation between History and modernity, the ancient and the new. But the most important is the chance to discover a new territory while remaining connected to the rest of the world. So why Strasbourg? There are many reasons and here are 10!

1- The proximity of Strasbourg to the largest European cities, especially in Germany makes travel simple and easy.

3- Strasbourg is known for its cultural and historical heritage with its different museums, monuments and typical houses.

4- Strasbourg is also known for the diversity of its gastronomy and typical drinks, such as Alsace’s white wine.

5- Strasbourg is also the capital of Christmas and has a famous Christmas market. This historical and traditional event goes on from November to December.

6- Strasbourg has one of the largest student populations in Europe due to its huge university including several faculties.

7- Strasbourg has the largest population of foreign students in France, which makes it lively and dynamic.

8- Strasbourg is a French city where you can meet people from all over the world.

9- Strasbourg is pleasand o live in and has many cultural attractions such as cinemas, the National theater, concert halls, etc.

10- Learning French in France is the best way to acquire the necessary skills, due to the immersion into the French culture, environment and lifestyle.

If you choose Strasbourg, you will not only discover the city itself but another region of France with its own culture and tradition.
Stralang will give you the opportunity to learn French in the best conditions possible with an adapted method and a comfortable environment.